Australian Catholic University (ACU) is now funding the costs of its diploma programme run by the Marist Mission in Rangong.

Fr Medilo is very pleased with the outcome.

“This partnership gives people the chance of a full education”, he said in a written statement.

“In a small but quiet way it changes people’s lives and helps alleviate poverty”.

ACU’s Thai Burma Border programme supports Burmese Refugees and Migrants, has been in partnership with Marist Asia Foundation since 2009.

The new five year partnership brings stability to the programme and is a significant cost saving for the cash-strapped Marist Asia Foundation school.

“Young students are staying in school. Graduates are getting good jobs.”

Students at the Marist Asia Foundation school in Ranong study online and with visiting lecturers to complete their Arts and Liberal Studies Diploma.

“It is invigorating to see bright young confident Burmese Migrants conscious of human rights and  understanding the complex development needs of their home country in Myanmar”, he said.

Discussions are now under way between the Marist Asia Foundation and ACU investigating the possibility of the ACU granting a Teachers Training Diploma; giving migrant students an opportunity to get a recognised qualification as a teacher. 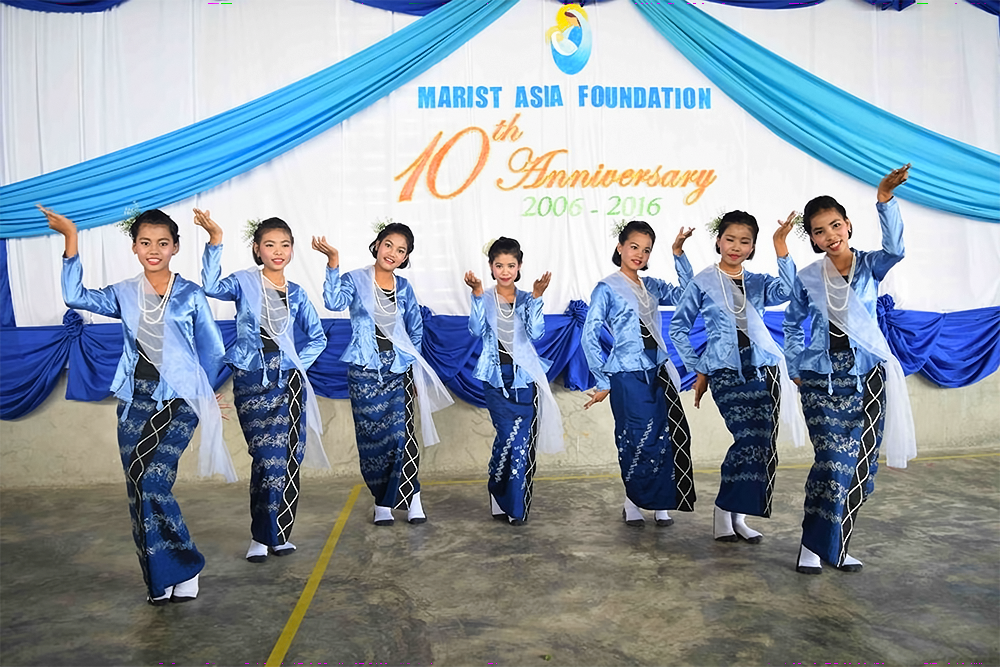 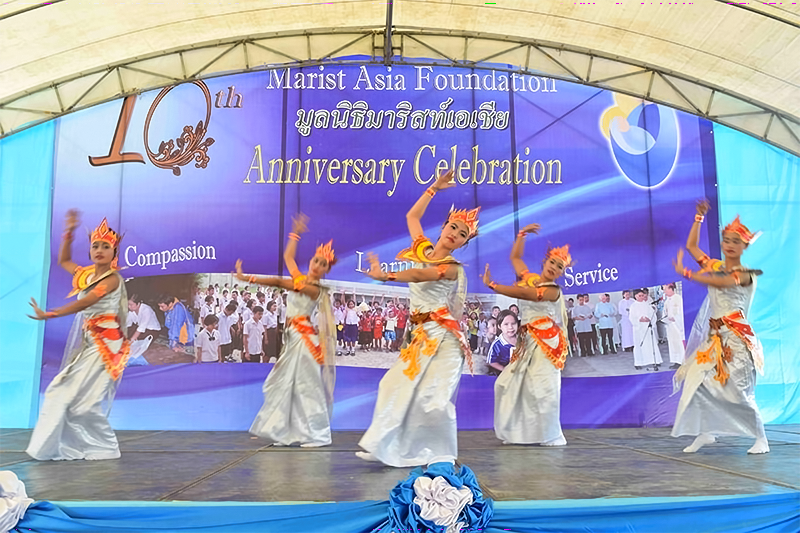 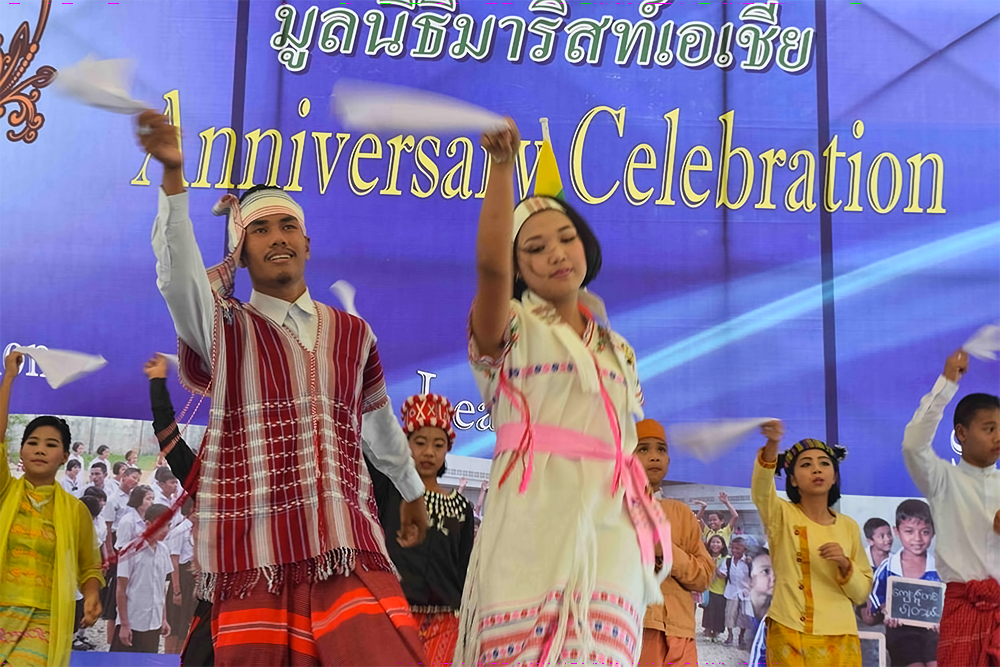 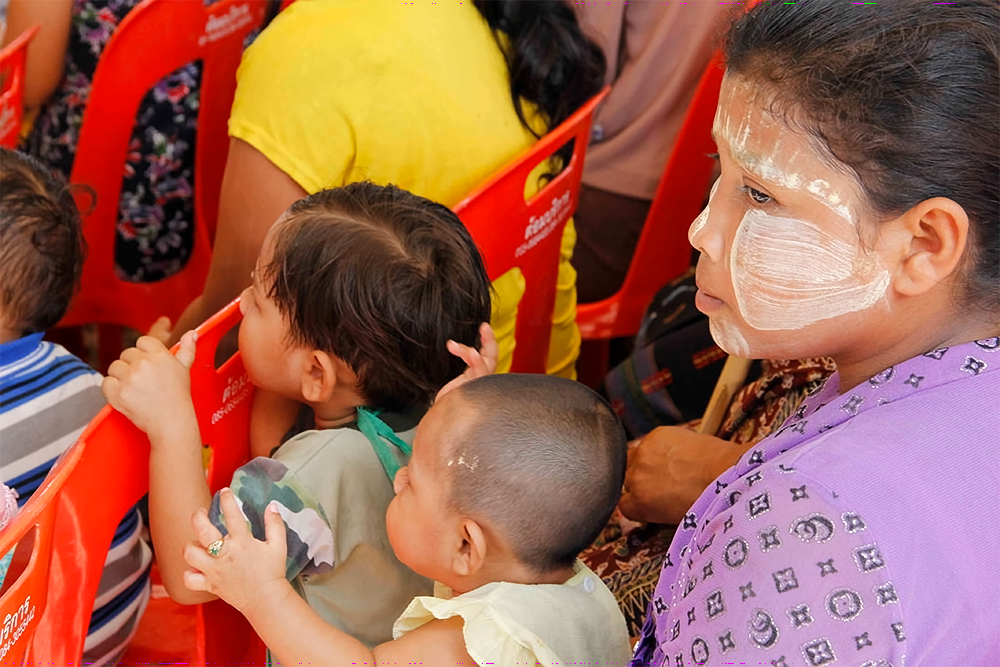 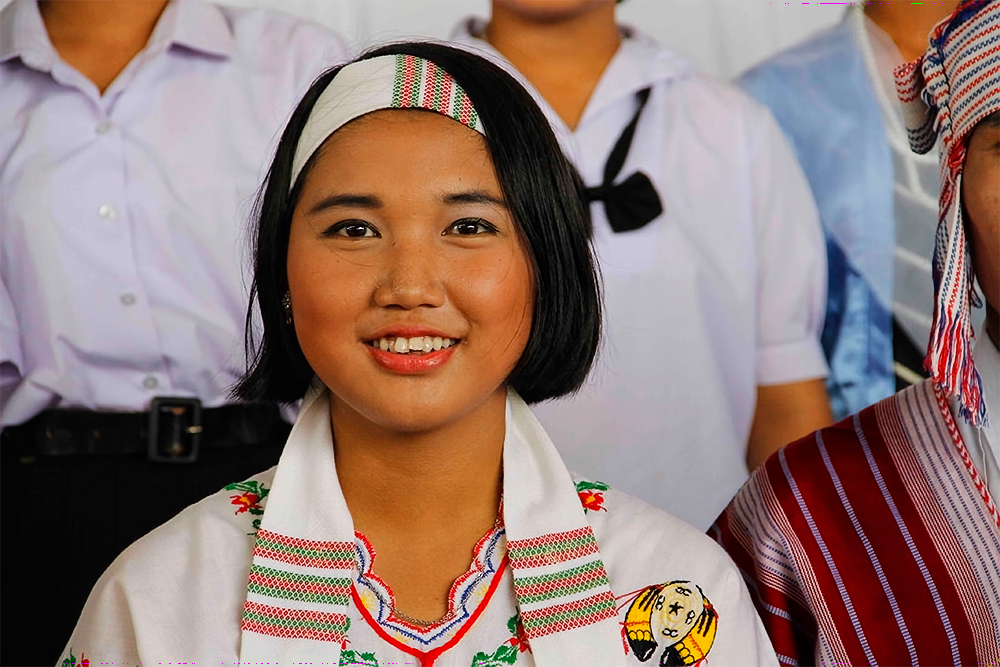 A minor mid-life crisis led Fr Frank Bird to Ranong, on the Thai-Burma border, where he found new purpose in life.

He was 40 at the time, and working in one of the New Zealand Marist province’s priority missions in Okaihau.

“I was getting too comfortable,” he told the Wellingtonian newspaper.

He said he could have continued his education work with children in the north of New Zealand and watch TV every night, but thought he had more to offer.

Fr Bird has worked with the Marist Asia Foundation for three years and was back in Wellington recently to visit the Foundation’s supporters.

There are 140,000 migrants living on the Thai-Burma border and the Marist Asia Foundation’s three priests and 15 local staff run three education programmes, pre-school, secondary and online university through the ACU.

Fr Bird says that with poverty such a major problem, immigrant workers are likely to get what he calls “3D” jobs; difficult, dangerous or dirty, but that education provides hope.

“All of our pre-school students go to primary school.”

And he observes, that each year of secondary education improves their future chanced by around 10%, but alas few get the chance.

“There are only 13 Burmese teenagers in all of the Thai state schools in the area.”

Ranong is a fishing village where prostitution is common. Prostitution goes hand in hand with HIV/AIDS.

“They avoid being tested and carry on as if they haven’t got it,” Fr Bird told the Wellingtonian.

The Marist Asia Foundation works hard in the community to help people with HIV/AIDS.

As well as regular visits to people suffering from HIV/AIDS, the Foundation puts translators in into the hospitals to teach people about HIV. For those at home and who cannot read and write, the Foundation workers, for example, draw a Sun on the calendar to remind them to take a tablet in the morning.

Bird says that working with the Marist Asia Foundation has changed him inside.

It’s a bit like Jesus in the gospel of John taking off his ‘priestly garments’ and picking up a ‘towel and water basin’ to wash dirty feet; moving from the ordered priestly workbench of the altar to more dirty missionary pathways and streets, he said.