If you have a new enquiry or want to report abuse by a member of the Society of Mary (the Marist Fathers and Brothers) you are invited to contact the National Office for Professional Standards (NOPS).

The Society of Mary works collaboratively with the NOPS team.

The Society of Mary’s pastoral companion for any complainant wanting supportive contact while their complaint is underway is Mrs Judy McCormack. 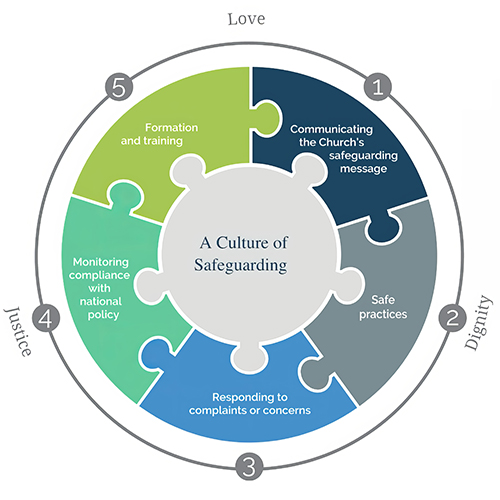 The Society of Mary professional standards (Protocol) Committee is a group of experienced professional people who work sensitively with anyone who lays a complaint of sexual abuse or boundary violation against a member of the Society of Mary, the Marist Fathers and Brothers, prior to the end of November 2022.

Since December 2022, anyone with a complaint against a member of the Society is invited to contact the New Zealand Church’s National Office for Professional Standards:

Members of the Society’s Protocol committee cooperate with the National Office for Professional Standards in its task of responding to complaints.

The Society of Mary Protocol Committee has been operational since 2004 and continues to work towards a resolution with those who came forward previously with a complaint.

Membership of the committee changes over time.

The committee’s personnel includes former police officers; a breadth of background and experience is important to draw on and comprises both Catholics and non-Catholics.

In keeping with the level of professionalism expected from committee members, each has a contract and an appointment time of three years.

Complainants always have the option of taking their complaint directly to the Police.

In order to move towards healing, the Protocol Committee follows the Catholic Church’s victim-focused process known as “A Path To Healing”. (PDF)

In brief, the Society of Mary’s process is

On occasions, the offence might be too historic for the police to act, the Marist priest or brother may have died, or there is not sufficient evidence to support a formal court case.

In cases where the police cannot prosecute or when people choose not to involve the police, the conclusion is reached by the Protocol Committee.

For some, being heard, believed, and the hurt acknowledged can be sufficient.

To fully respect the victim, periodically, the Society of Mary Protocol Committee refers complaints where the complainant is not satisfied to the National Office for Professional Standards with the purpose of reviewing the Society’s processes.

This ‘overseeing body’, ensures that all due and proper steps have been followed and that everything possible is done in order to achieve a resolution for them.

In November 2018, the Catholic Church’s National Office of Professional Standards published a series of five documents, which along with the Church’s A Path to Healing, outlines a framework of documentation referring to principles, policies and procedures that ensure all Church ministry is undertaken in a safe environment and where pastoral practice always includes a concern for ‘best practice’ regarding them.