On the occasion of the Wellington launch of Craig Larkin’s An Inner Music, Sr Stephanie Kitching rsm spoke of her experience of the book.

She spoke to those assembled for the Wellington launch of An Inner Music and told of she found it both a comfort and challenge.

Tena koutou katoa. It is special to be here tonight.

I have known Craig Larkin since he was a secondary school student appearing in a lead role in the Mikado, a Gilbert and Sullivan musical being mounted at St Pat’s College by Fr Gerard Mills.

My mother was one of the seamstresses and wardrobe mistresses so Craig would be at our home with other students and clergy.  Sunday nights were always exciting….Enough….

This book, An Inner Music: Living a Life in God, sits both comfortably and challengingly.

The comfort
The physical feel of the cover and the easy lie of the pages make it an easy read. The layout of each chapter in clearly defined sections with the benefit of a very readable type face and spacing between the lines is reader friendly.

The language used and the writing style make it seem as though we are sitting with Craig and he is sharing with us in the moment.

There are minimal illustrations used but these, along with the illuminated capitals at the beginning of each section fit the topic of the book.

The choice of mystics…female and male, religious and lay provides variation. There are not as many female as male but this is more a sign of the times. I note that Craig tells us that Julian of Norwich in the 14th century was the first woman to write in English.

Some of the mystics are familiar, eg, Hildegard of Bingen. Others are not so, eg, Jean-Joseph Surin whom I really enjoyed discovering. As Craig writes… he showed us God acts in the cracks of human life! And Surin loved music, both the inner and outward kind.

The approach in each chapter draws the reader in. First we hear about the person of the mystic, then about their spirituality and writings. This is followed by a small section of writing of that mystic which acts as a snapshot for the reader. Then the challenge is thrown down…how does this interact with the reader’s life journey in God?

Craig pulls together all his life’s study and reflection and prayer in this section, leading us form the human to the divine and back again.

Right through this book there is a groundedness. It is very real and  related to us at this time

I am sure readers will discover their own gems. There will be something for everyone.

One example is Carryl Houselander – an old friend from the mid 80s when I read The Reed of God – a series of meditations on the life of Mary. Yes 30 years on, Craig provided me with yet another insight though his unpacking of this 20th century woman’s life and spirituality; it is in the connection between daily living and spirituality that we discover God.

The Challenge
This volume depths my understanding of the mystics and what makes them tick; and maybe I might find that the same thing makes me tick…what then?

I see the message of the book as: Am I ready to be caught by God? And, am I prepared to live from the inside out, rather than the outside in?

These are big questions for any of us, ones I find quite confronting at this stage of my life.

I can see myself in the coming months both renewing my acquaintance with mystics I have met before, and discovering new treasures in other mystics enclosed in the pages of this book which is written by one who in his own way, through failures, successes,  joys, sorrows, plain sailing and trials was a mystic too.

He made the comments in the introduction to his new book, An Inner Music, launched posthumously last evening in Wellington. 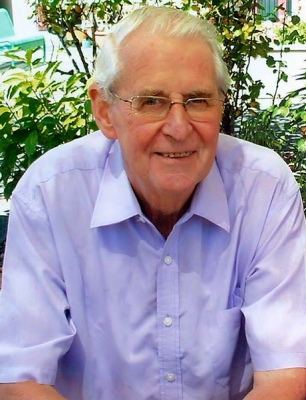 “After living all my life as a professional Christian, my single and greatest disappointment with religion is that it has succeeded in making too many people afraid of God.

“I have spent hours teaching, counselling, listening to and comforting people. Too many of them find their troubles rooted in fear of God,” he wrote in the introduction to “An Inner Music”.

Craig Larkin observes that these are people who function well in a life full of responsibilities, but who in their relationship with God are crippled with scruples and fears.

“They are trapped in the externals of their faith”, and while “they suspect that these externals don’t work any more, they are afraid of breaking free of them in case some disaster might over take them”.

Laity and priests alike
Craig Larkin reflected that he met ministers of religion who had become “functionaries of a religion”; binding them rather than setting them free.

“They are faithful gatekeepers of the church they serve, but they have not journeyed beyond the gate”, he comments.

Not reserving himself to members of the clergy, the life-long “professional Christian,” writes he met many Christians who, somehow “silenced the murmur of music in their souls,” and “end their lives afraid of meeting the One to whom they gave their lives in faith.”

Freedom, life, and music in the soul
By contrast, Craig Larkin writes thankfully that there are countless others who have a dramatically contrasting experience of God. He writes that “an inward music” is something each of us wants to hear and sing.

To tell a life story he cleverly uses images; images chosen by holy men and women such as “The hidden spring”, “The unruffled sea”, “The fall in the ditch” and the “The soaring bird”.

Craig Larkin says that “Together (all the) images sum up or express almost everything I know or have experienced of the spiritual journey”.

He furthers the comment maintaining that taken individually, each image stands as a sort of landmark for anyone embarking on their own inner journey and that An Inner Music is a series of down-to-earth reflections on how the insights of the spiritual masters can relate to and transform our own lives.

Provincial of the Society of Mary in New Zealand, Fr David Kennerley, describes An Inner Music as a “beautiful book”.

Available from the Society of Mary copies cost $45 incl GST, post and packaging.

An Inner Music is one of several books Craig Larkin was working on when he died in June 2015.

An Inner Music; a user-friendly book on the mystics by Marist priest Craig Larkin, will be launched shortly.

It is one of several books Craig Larkin was working on when he died in June 2015. 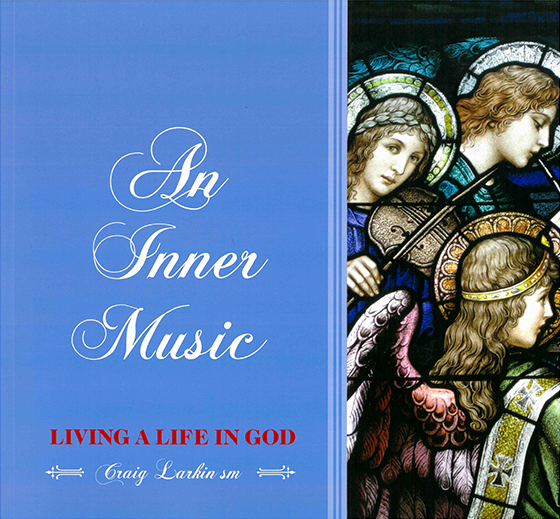 An Inner Music provides an introduction to 20 mystics and spiritual teachers; offering a series of down-to-earth reflections on how the insights of the spiritual masters can relate to and transform our own lives, including:

Themes in the book are illustrated with photographs of the stained glass windows in St Mary of the Angels; the church where Craig Larkin was ordained on 1 July, 1967.

Craig Larkin introduces the book saying that as a professional Christian, he was disappointed that religion made too may people are afraid of God and that for many religion was a matter of anxiety and attention to detail.

However, he continues, “Fortunately, throughout history there have been countless others who have experienced God in another way.

“There’s music in their soul, and their lives have been a song”, he wrote.

“He is writing about what was very dear to his heart,” he said.

David Kennerley believes “An Inner Music” will have great appeal to anyone who wants to learn more about the interior life from the spiritual masters.

An Inner Music will be launched in Wellington at Connolly Hall at 6 pm on Monday 9 May and in Auckland at the Columba Centre at 6 pm on Friday 13 May.

Copies cost $45 incl GST and post and packaging. They are available from the Society of Mary: Marists and their communities are ready to mark the beginning of the “Year of the Constitutions” on Monday, 12 September.

The year will be marked by using a program of reflection as contained in “Bearings” a publication commissioned by the Society and written by Craig Larkin.

Bearings commemorates the 25th anniversary of the Society’s new Constitutions.