The unpredictable mix of animals and church liturgy was on show for all but the priest at St Francis of Assisi Ohariu Parish, Friday 4 October, Wellington.

Celebrating the patronal parish feast with a small creation liturgy, priest, Peter Roe was so intent on blessing all the animals he was oblivious to parishioners pointing out, Harold the goat, was nibbling the tassels on his priest’s stole.

One chew too many, a mouthful of tassels and with the stole about to disappear off his shoulders Roe quickly gave the goat a double dose of holy water.

“For the rest of the day he was well behaved”, Roe says.

The St Francis of Assisi liturgy was a first for the recently named combined parish where parishioners were invited to bring their pets for a blessing and a post-liturgy pet parade.

Lambs, rabbits, dogs, cats and even Jojo the pony provided plenty of interest.

Some of those who weren’t able to bring pets arrived wearing animal ‘onesies’ and also joined the celebration.

“As the patron saint of ecologists, and a guide for animal and nature lovers, and environmentalists, Francis shows us how to live in a way that respects and honours all of creation”, said Roe

“Pets are also part of our families, providing us with companionship, emotional support and an opportunity to care for creation beyond ourselves. They reduce our stress and loneliness”, Roe told the congregation.

Roe said that St Francis cared for the poor and sick, and praised all creatures as brothers and sisters under God.

“He bore witness to the need to respect all that God has created and as he created it, without manipulating and destroying creation; rather help it grow, to become more beautiful and more like what God created it to be.

“And above all, St Francis reminds us of our serious obligation to respect and watch over with care, all those good and beautiful things which God has created”, said Roe. 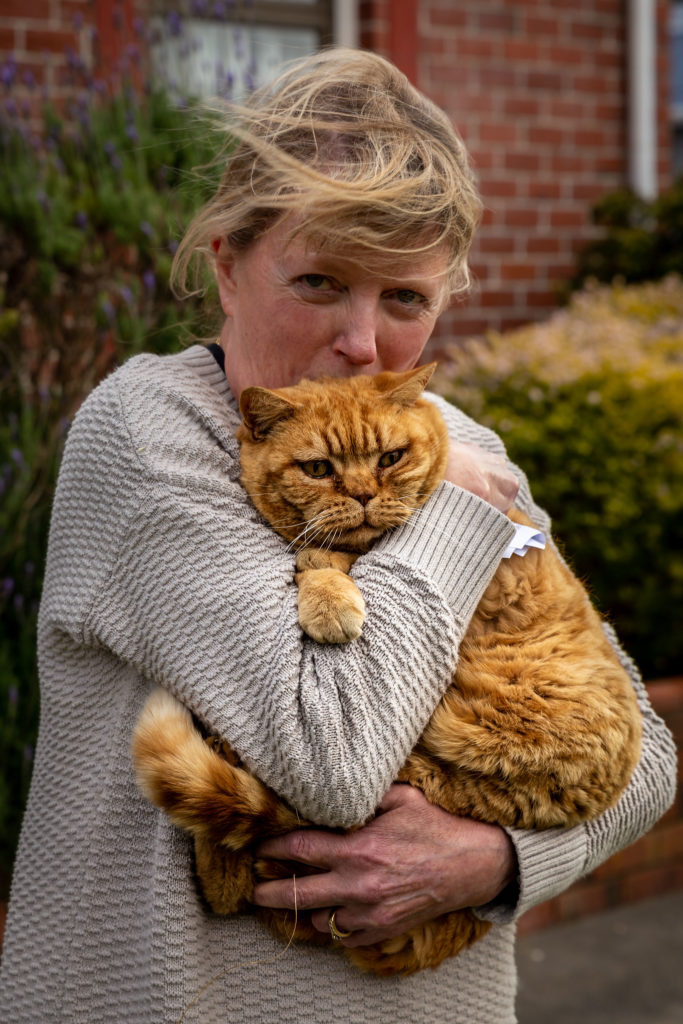 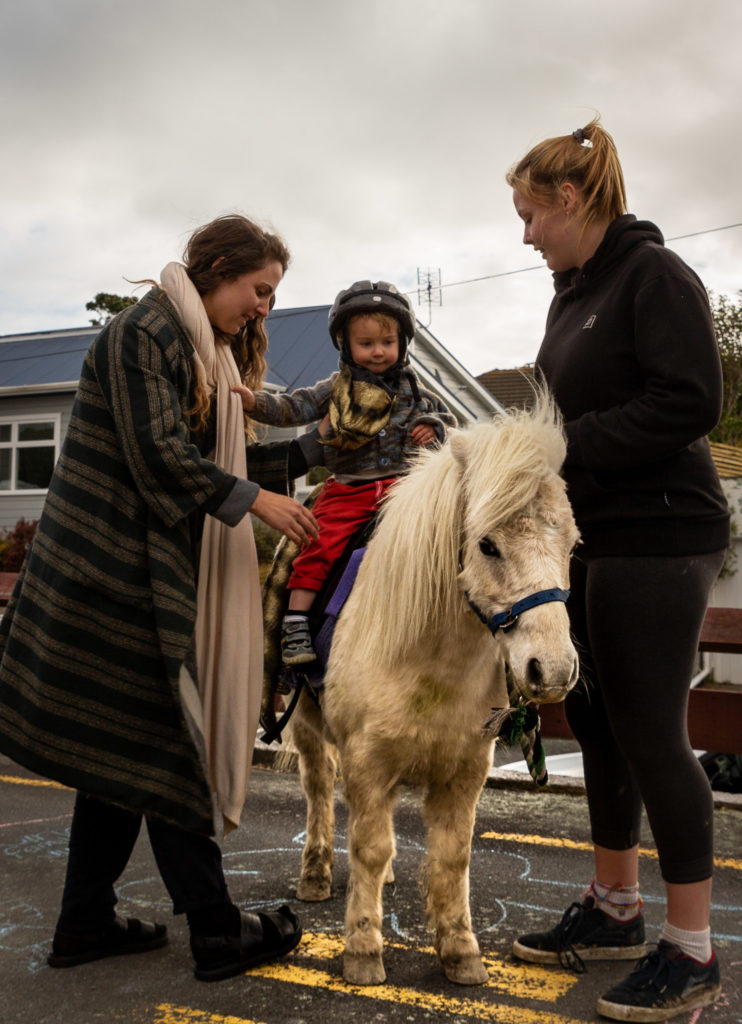 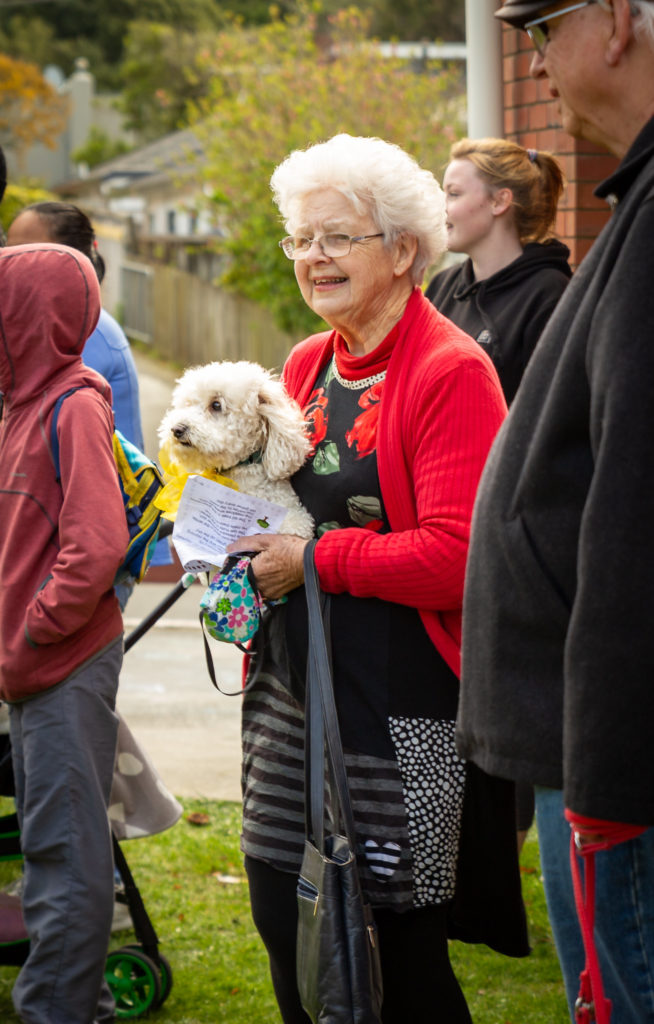 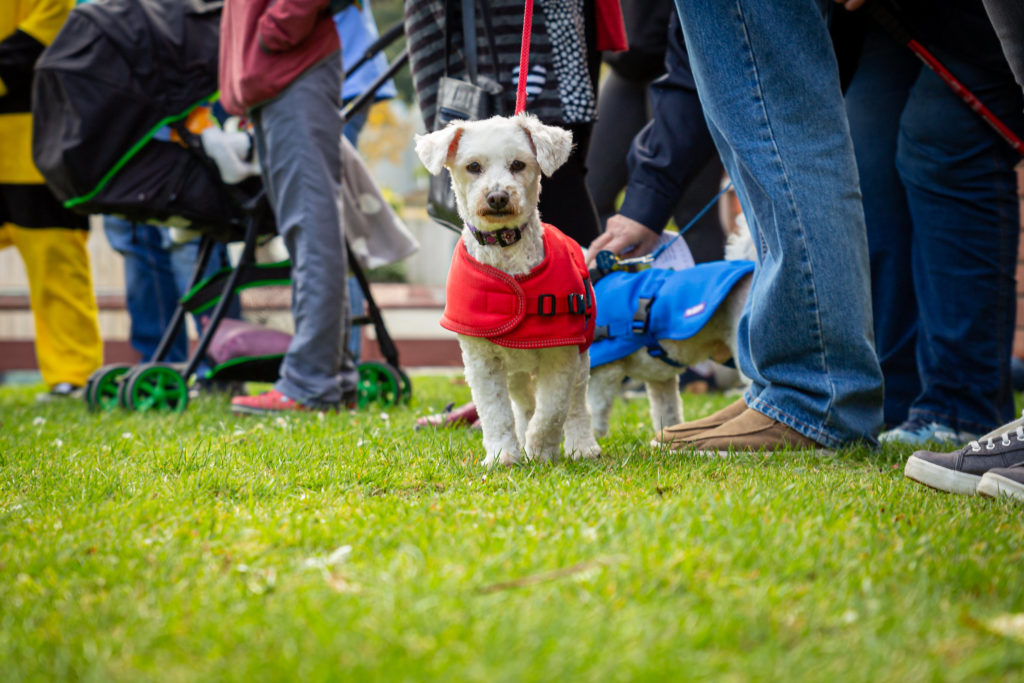 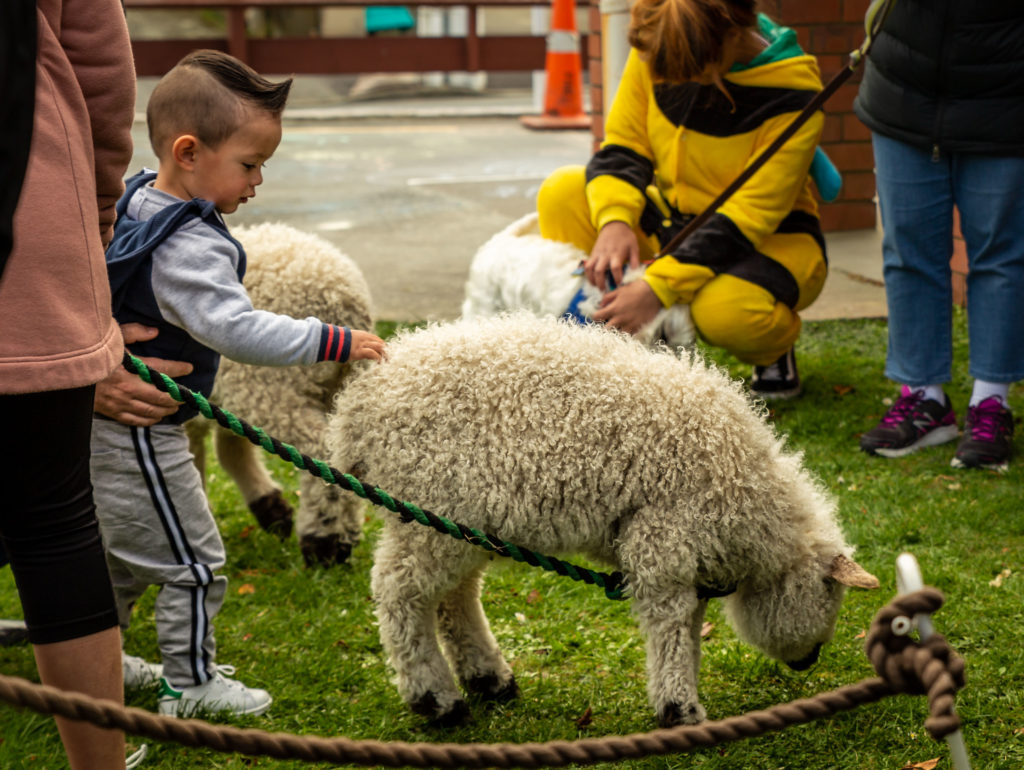 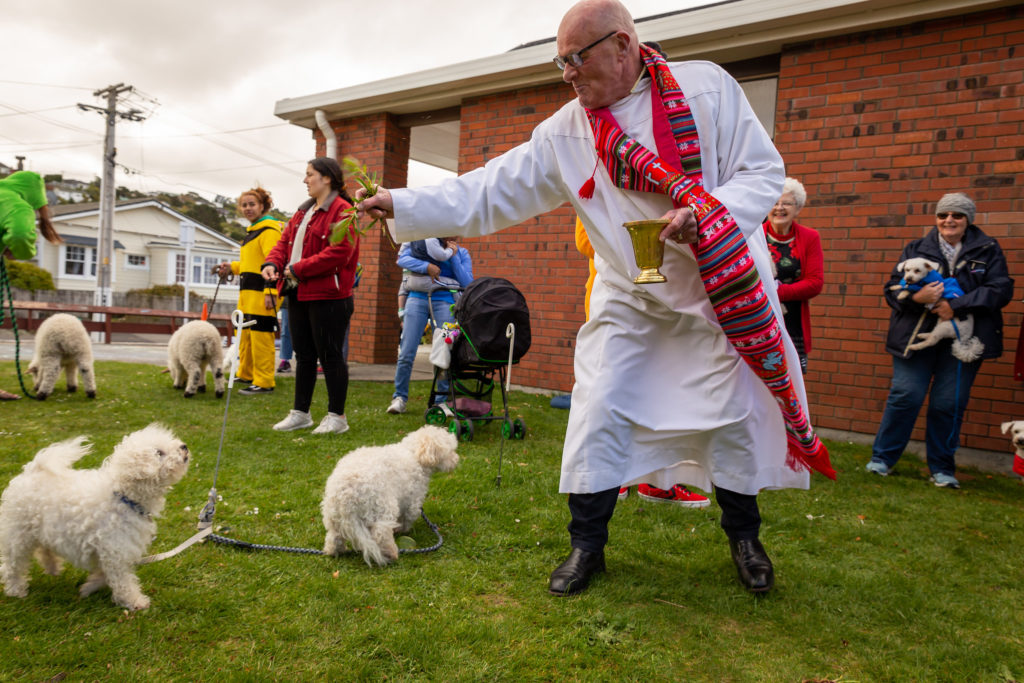 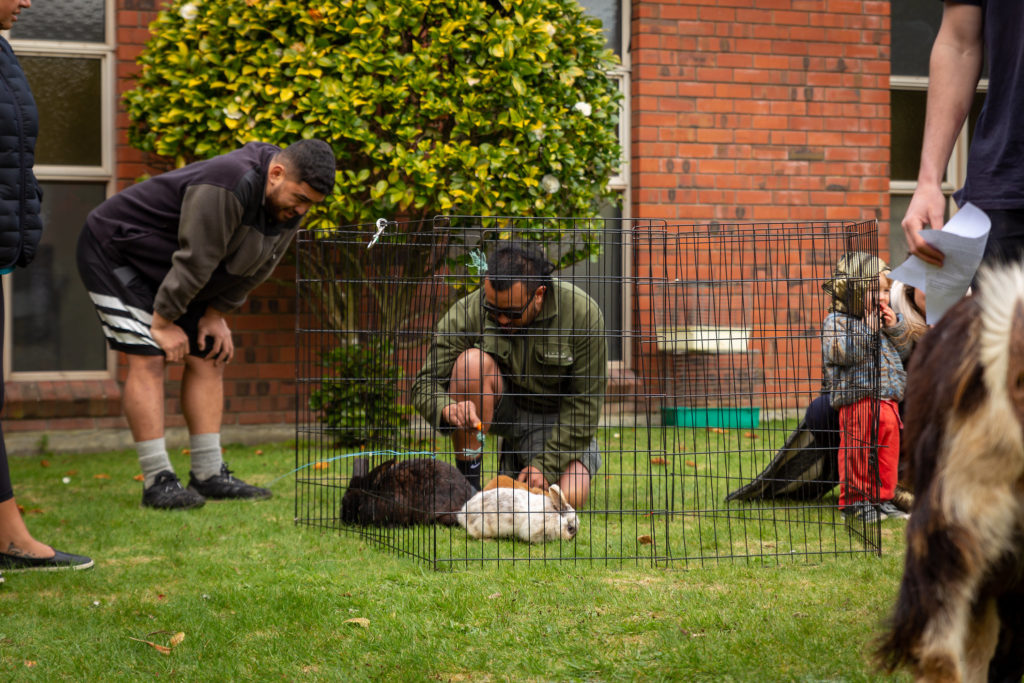 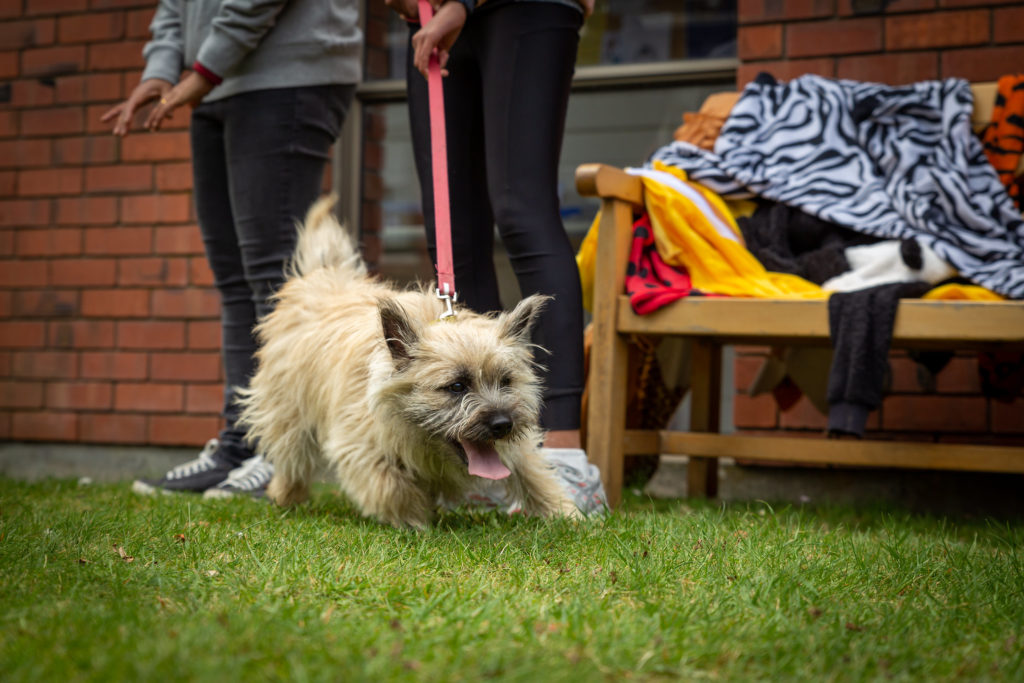 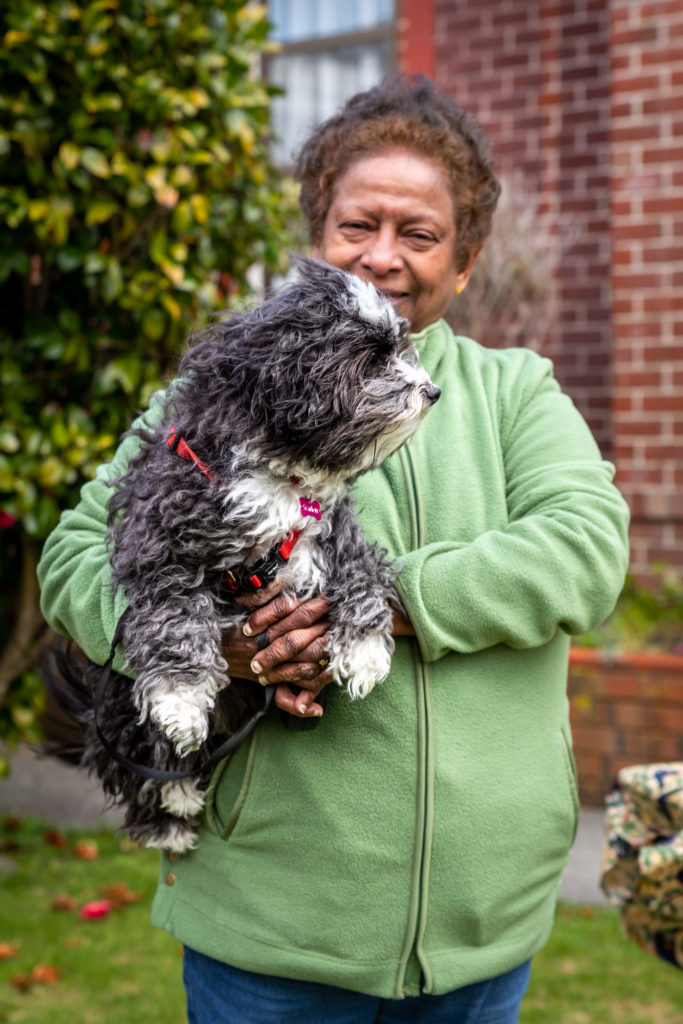 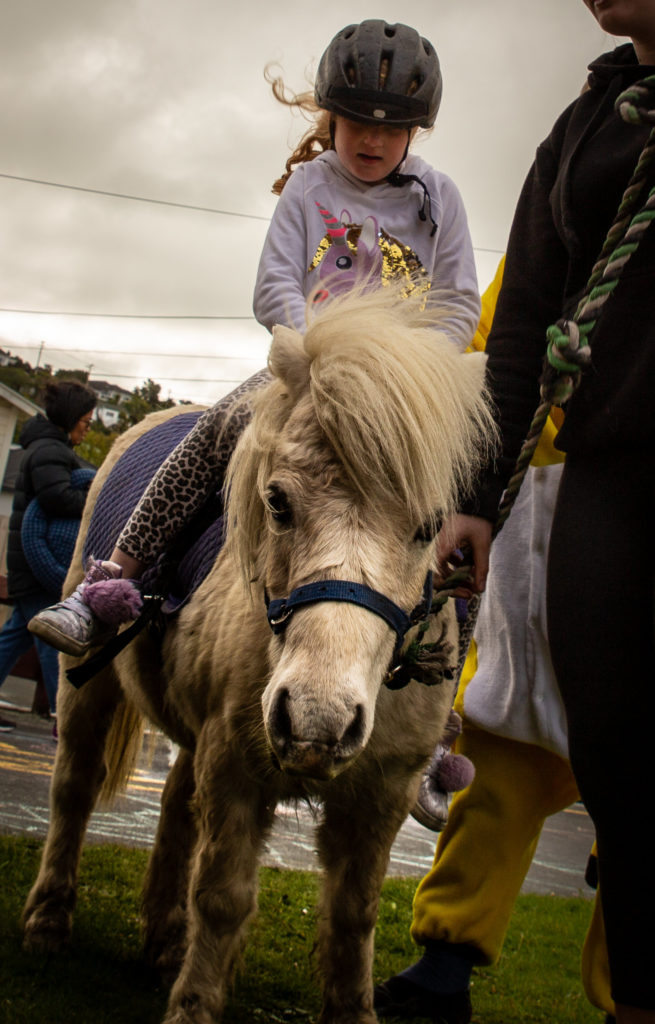 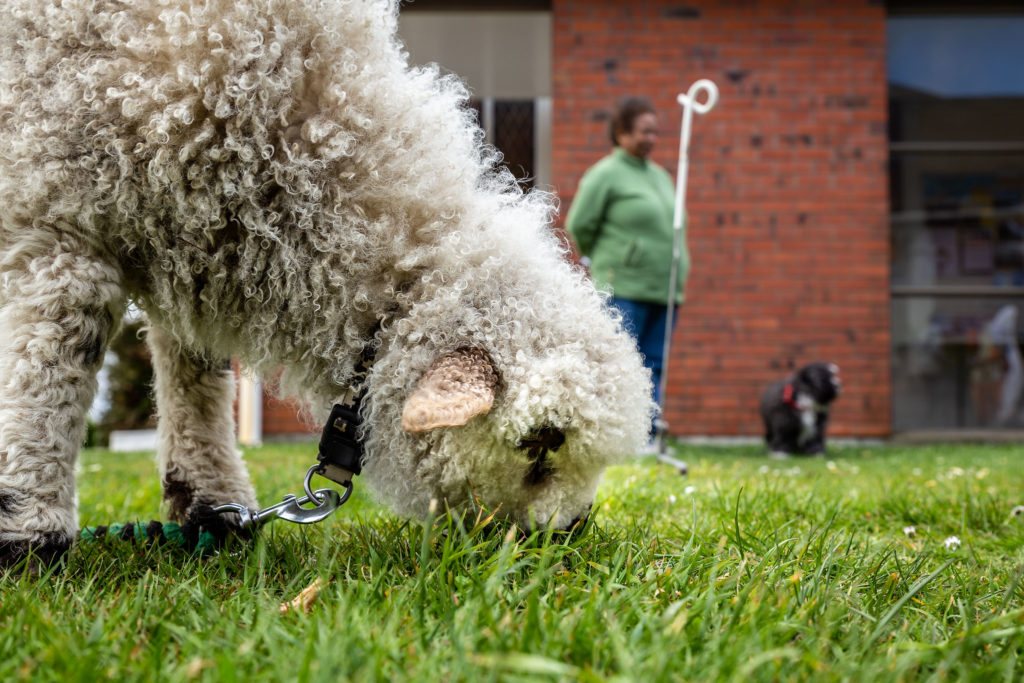 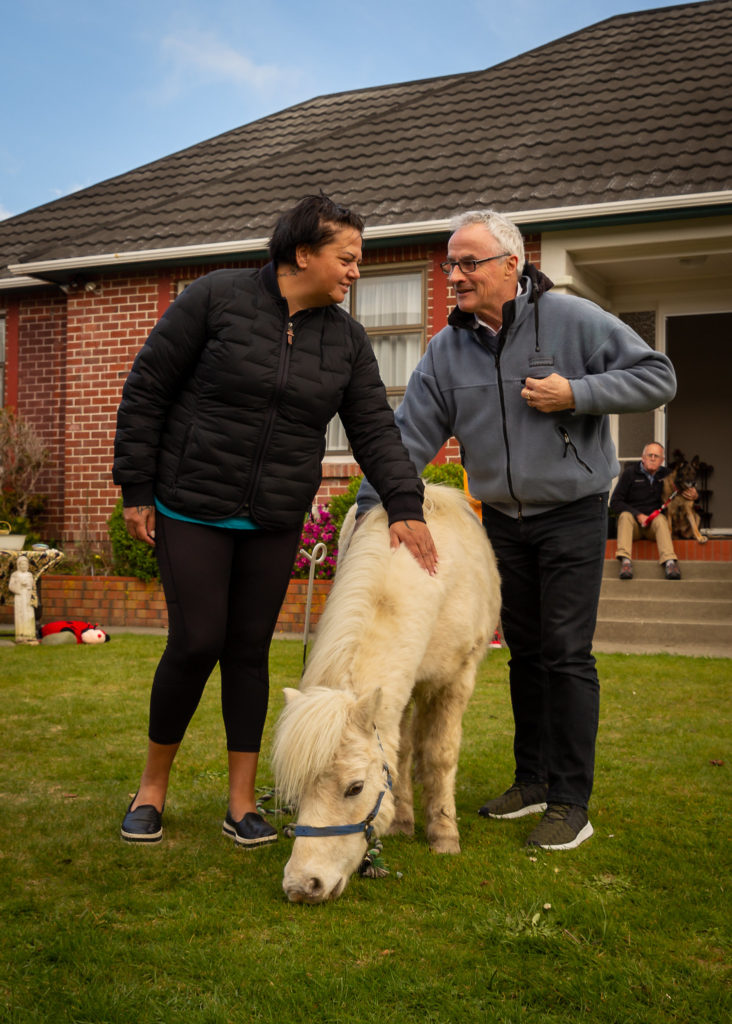 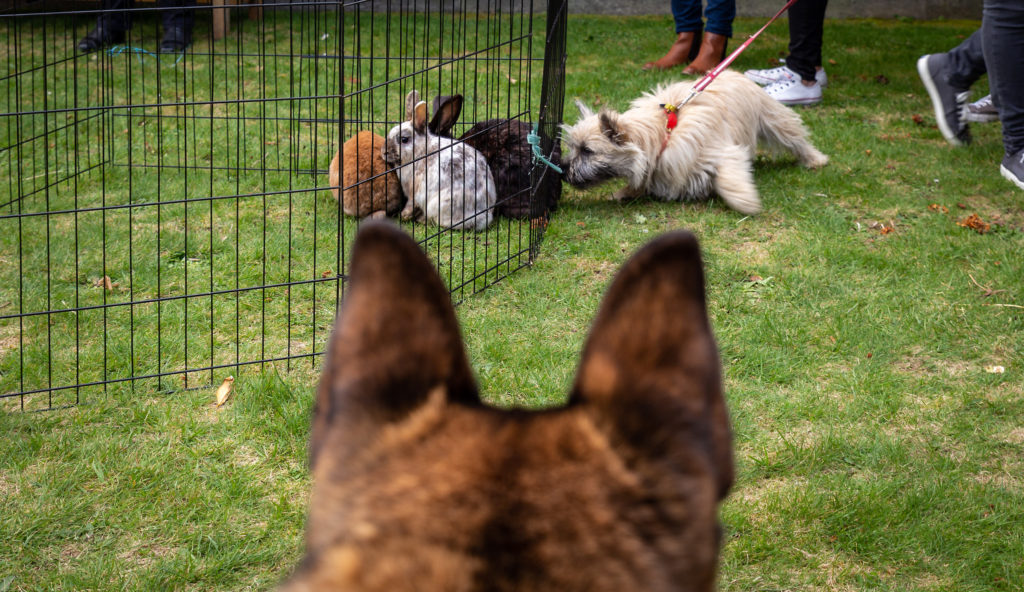 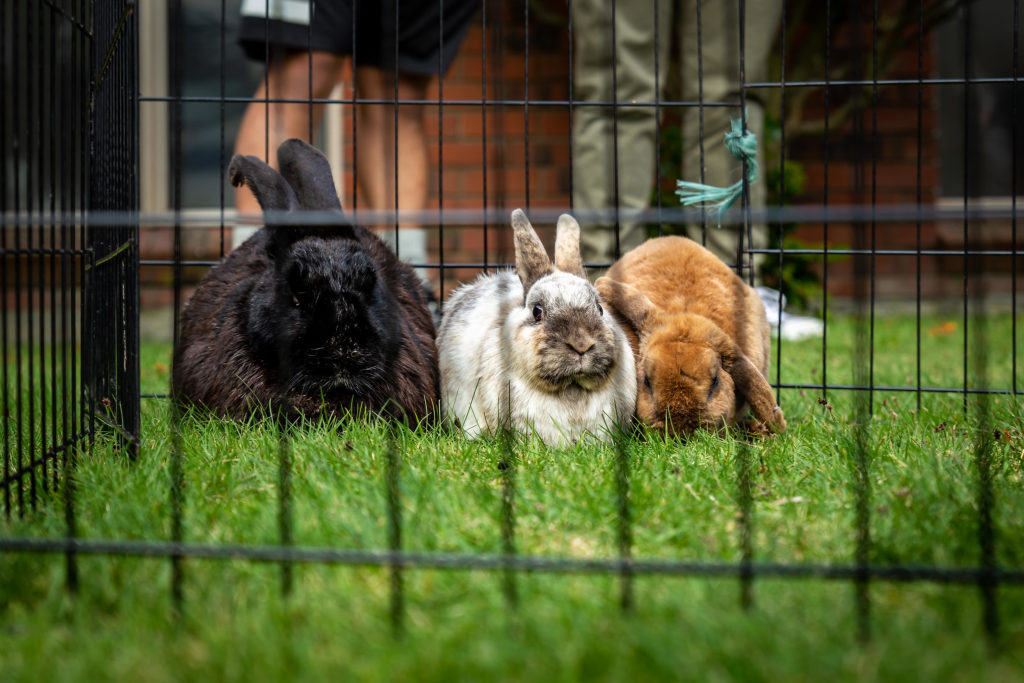 The Society of Mary New Zealand is interested in the Ohairu parish project because it presents a certain fit between the Society’s origins and the new-day circumstance.

The comment was made by New Zealand provincial, Fr David Kennerley SM, when talking to a 400 strong crowd from the Ohairu parish meeting at the Uniting Church, Dr Taylor Tce, Johnsonville.

The meeting was called to explain the new model of parish leadership which the Society has agreed to be part of.

Fr Kennerley said that through successive Marist Provincial Chapters the Society has committed itself to working in missionary parishes, and that the Archbishop of Wellington, Cardinal John Dew has identified St Francis Ohairu parish as one of these.

Calling the model of mission “a fantastic, comprehensive vision” Fr Kennerley said there is a sense that this new model of parish is leading towards something new.

Fr Kennerley indulged the meeting with a short history lesson.

Explaining the Marists came to New Zealand called by laity who had already established the New Zealand Church, “Supporting a new church coming to birth is something that suits us,” he said.

However he warned, “We are not the cavalry”.

“We are also not here for the long haul”.

Clarifying the commitment, he said the Society’s agreement is, for three years to work with a lay-led missionary team.

Prior to Christmas, Archbishop John Dew appointed Fr Peter Roe SM as the Parish Administrator to work with the new lay team.

“I simply do not have anyone I can appoint as Parish Priest”, he told the meeting.

Describing the new parish team as “adventurous, creative people with initiative to lead the parish in response to community needs”, he thought that along with the support of the Parish Administrator, Fr Peter Roe SM, the St Francis of Assisi Parish, Ohairu “had an even better deal.”

Cardinal Dew noted that the concept of lay led parishes is not new.

Moving the discussion forwards, from a lack of priests to modern day mission, Cardinal Dew referred to a 100 year old document written by Pope Benedict XV.

“If we are not on mission we are not being Catholic”, the former pope wrote.

Cardinal Dew reinforced the comment by saying that of nature the Church is missionary.

“The mission is not about our needs but the needs of others.”

“A church that focusses on itself becomes self-referential”, he said.

Responding to questions, Cardinal Dew said the topic of married priests was on the agenda in Rome, and while progressing the possibility takes time, he remains hopeful the issue will come up again later in the year.

Meanwhile, the cardinal encouraged the parish to think of what it can do itself.

“The Church is no longer priest-centred, the priest doesn’t have to do everything.

“The question for each of us is what contribution can I make”?

Questioned on how he will judge the success of this new team leadership model, the Cardinal was quick to respond, “As I do any activity of the Archdiocese”.

“Love, joy, peace, patience, kindness, goodness, gentleness, trustfulness and self-control are the fruits of the Holy Spirit and if the parish if full of people like this we can say the parish is a success.”