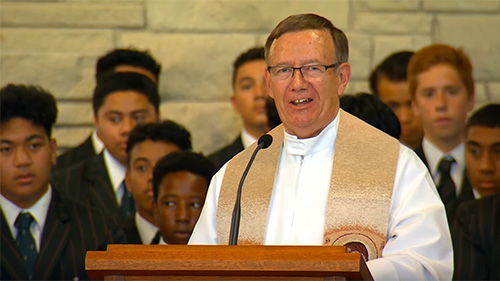 It’s deconsecration and eventual removal is a huge disappointment to the College community and is a result of the Christchurch earthquakes. END_OF_DOCUMENT_TOKEN_TO_BE_REPLACED

The on-going effect of the Christchurch earthquake opens the way for the girls of Marian College Christchurch to attend St Bede’s, the all-boys Marist College in Christchurch. END_OF_DOCUMENT_TOKEN_TO_BE_REPLACED

In light of the February earthquake the St Bede’s Centennial Committee has decided to postpone the centenary celebration until 2012. END_OF_DOCUMENT_TOKEN_TO_BE_REPLACED