Jen Martinez has worked at The Logos project for more than ten years. 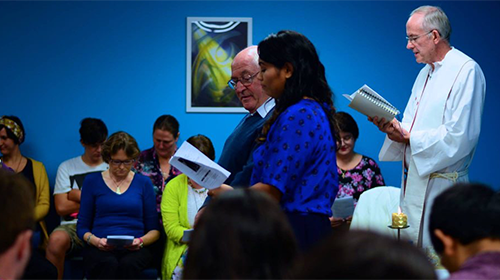 “The experiences and opportunities I received in my younger years have had a profound impact on me, and are why I am so passionate about faith and personal formation,” says Jen Martinez.

“Many years ago I lived in a Catholic young adult community run by the Christian Brothers and I was very involved in different ministries within the Edmund Rice Network.”

“I also trained and worked as a chef after I left school at Marist College.”

“I love the fact that each day I have the opportunity to support young people to grow in their faith and in who they are called to be,” she said.

At the same Mass, Fr Denis O’Hagan SM also became Chairman of the LOGOS board.

Founded in 1999 by the Society of Mary, The Logos Project works with young people in the Auckland region.

It runs a range of programmes designed to develop young people, helping them to know who they are what they stand for.